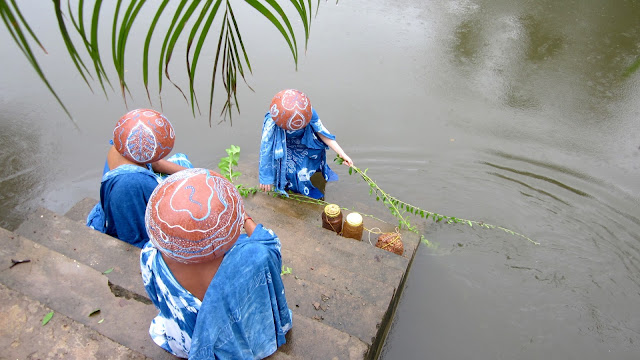 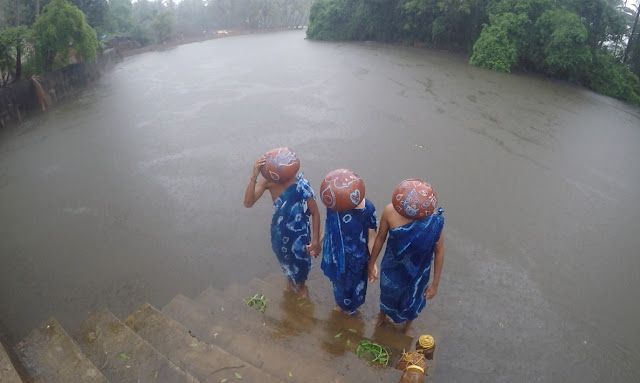 Catalogue Text - HH Art Spaces & Residencies Open 9: Monsoon Prayer for Anjuna River is a ritual steeped in the fluid landscape, the artist leads a silent ceremony in the depth of Goa's Monsoon, a communication with the water echoing a sensitive human footfall between earth and sky, a slow meditative prayer for our rapidly changing climate. The old steps form a passage between man and river - by occupying this space, 3 bodies wearing hand painted clay Matka water-pots over their heads and cloaked in garments folded, draped, dyed with natural indigo and detailed with drawings which reference invented ritual, water and change gods - seek confluence within bodies of water, monsoon, patterns of climate change and the localised water festivities of Sao Joao. Geopolitically the action is underscored by the here and now, it is part of an ongoing movement titled 'We Are Weather' reflecting a yearning for our deeper connection with the natural world; the River, weather, to water as an essential life force, not limited as a commodity, resource, thing to be used, consumed, wasted, polluted and profited by in a flailing globalised capitalist system. 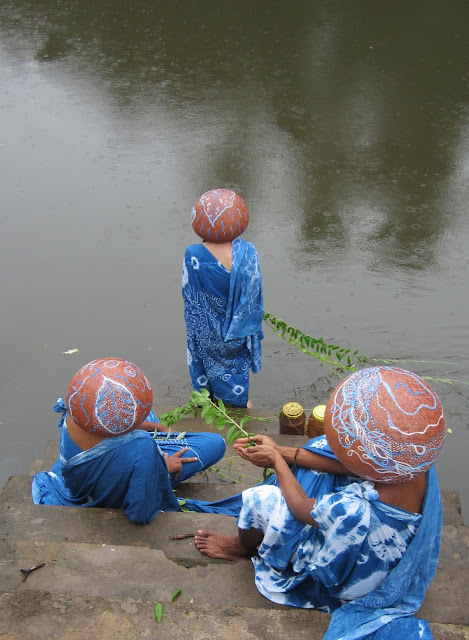